The Orange “Prosperity” vMEME, the fifth “awakening” began only 300 years ago. Its tagline is: Act in your own self-interest by playing the game to win.

Some of the characteristic beliefs and actions of this vMEME include:

The Orange vMEME is expressed in ways such as the following: The Enlightenment, “success” ministries (such as Napoleon Hill and Tony Robbins), American “Founding Fathers,” Ayn Rand’s Atlas Shrugged, Wall Street, Rodeo Drive, The Riviera, the cosmetics and fashion industries, breast implants, emerging middle classes around the world (in India and certain parts of China), Chambers of Commerce, corporate America, Forbes magazine, materialism, and the stereotypical yuppies.

The following provides more detail on the typical qualities seen in the Orange “Prosperity” vMEME. 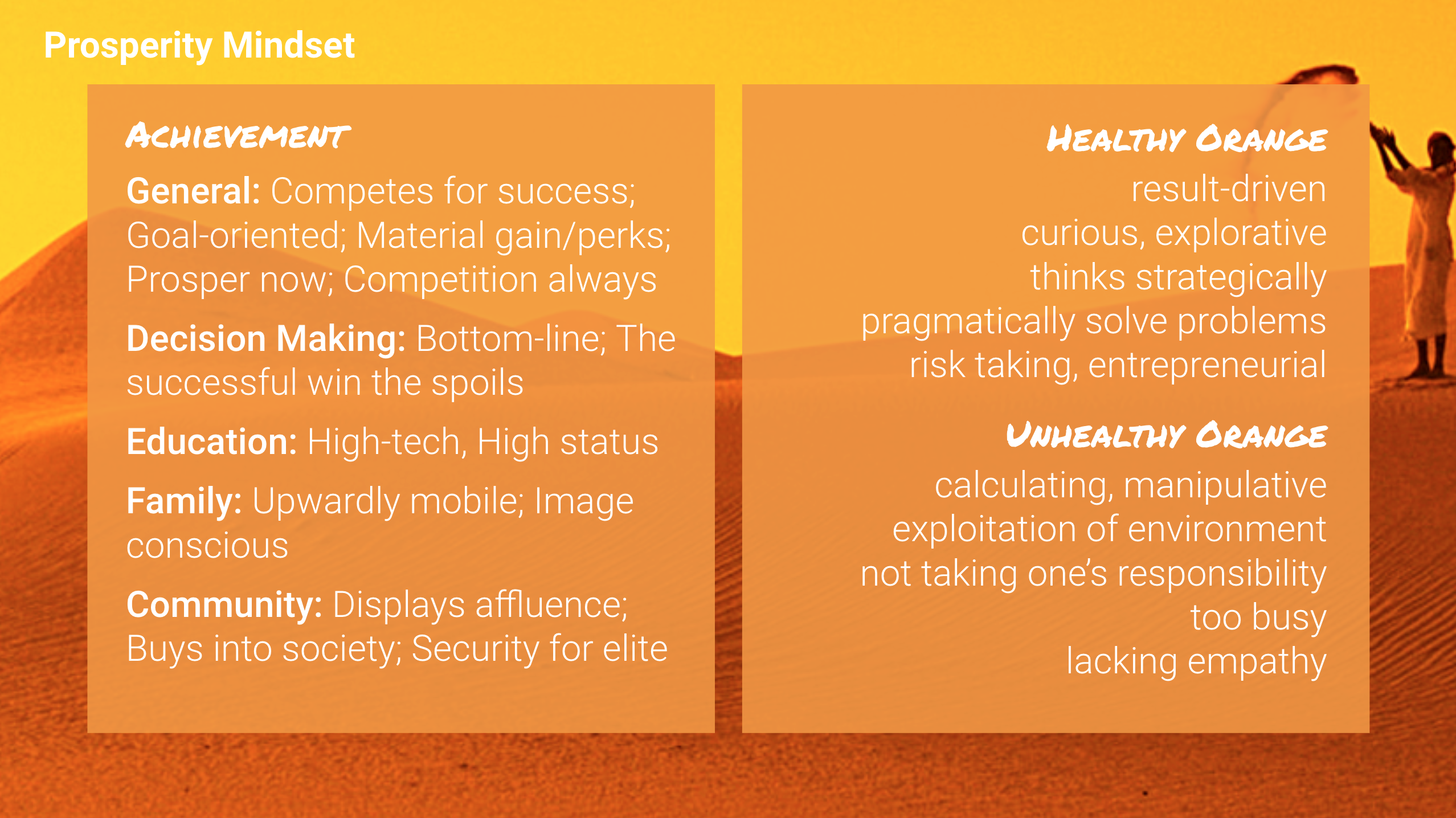